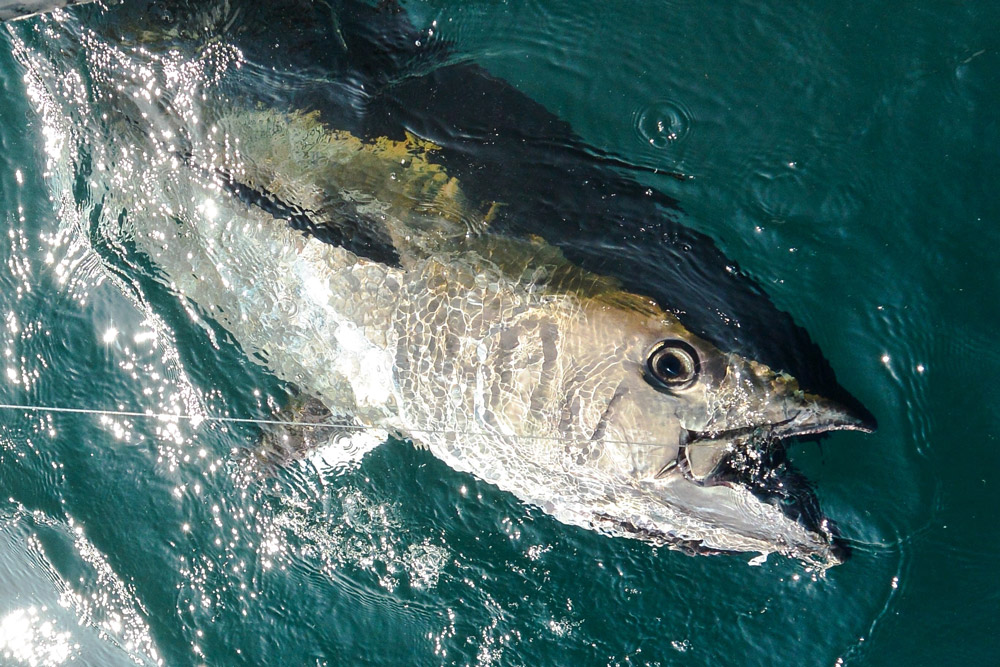 The 2019 catch, tag and release programme for bluefin tuna (Thunnus thynnus) in Irish waters has been extended by four weeks, until mid-November, in an effort to collect more data.

The programme, known as Tuna CHART (CatcH And Release Tagging) is a pilot data collection scheme for bluefin. Launched in August 2019 it allowed, for the first time, 15 authorised and fully-trained Irish charter skippers to use recreational angling as a means of non-lethal data collection for Atlantic bluefin. This collaboration was widely welcomed among the angling and scientific communities, both of whom have many advocates that bluefin are worth infinitely more when carefully caught and released as opposed to being targeted by commercial fisheries, especially in rural economies  .

The scheme originally ran from mid-August until mid-October but has now been extended. Due to the migratory patterns of bluefin, there has been little activity off Ireland’s south and south west shores. As a result, the fishing season will now be extended for a further four weeks until the 12th of November to seek data which will help improve the knowledge of the population structure and distribution of bluefin in these regions.

This pilot project has been very successful so far with a total of 201 tuna tagged and released between the 15 authorised vessels.

Commenting on the scheme to date, Minister for Agriculture, Food and the Marine, Michael Creed said, “I am delighted by the excellent cooperation shown between my Department, DCCAE, SFPA, MI and the IFI in the development and management of this pilot project.  The extension of the programme will provide an opportunity to gather further data and improve our understanding of the migratory patterns of bluefin tuna around our coasts.”

All of these vessels will be monitored by Fisheries Observers who will be on board the vessels throughout the season, with authorisation valid until mid-November 2019. This is a strictly controlled fishery operating on a pilot basis, with both the Sea Fisheries Protection Authority (SFPA) and IFI undertaking inspections and patrols around the coast. Any person engaging in this fishery on any vessel which is not appropriately authorised will be in breach of the Sea-Fisheries and Maritime Jurisdiction (Bluefin Tuna) Regulations 2019 (S.I. No. 265 of 2019).

There will be no further extensions to the scheme as lower water temperatures could hinder post-release survival of these fish after mid-November. Anglers may participate in the programme by booking places on one of the authorised vessels (links included below).

All skippers were subject to a screening process  by Inland Fisheries Ireland (IFI) and successful applicants had to undergo training on how to tag and release bluefin safely before authorisation was granted. The authorised skippers and their vessels are located in various ports in counties Cork, Clare, Galway, Sligo and Donegal. The fifteen successful applicants are as follows:

Tuna CHART is a collaborative pilot data collection scheme for Atlantic bluefin tuna developed the Marine Institute (MI) and Inland Fisheries Ireland (IFI) in partnership with the Sea Fisheries Protection Authority (SFPA), the Department of Agriculture, Food and the Marine (DAFM) and the Department for Communications, Climate Action and Environment (DCCAE). The scheme complements recent satellite tagging work by the MI in Irish waters and is part of the International Convention on the Conservation of Atlantic Tuna (ICCAT) research programme which is supported by the EU Commission.