Two of Ireland’s premier carp waters have recently (May 2018) been wiped out by a deadly outbreak of Carp Edema Virus (CEV), killing over a thousand adult fish. What is this relatively new fish disease, how does it affect fish and how can we as anglers prevent further spread?

Unlike most freshwater species, carp (Cyprinus carpio) have been intensively farmed and managed for centuries, principally for food and also in more modern times for recreational angling and pet hobbyists. Consequently, as with most cultivated species, various diseases and pathogens have developed which primarily impact only carp. Perhaps the most notorious of these is Koi Herpes Virus (KHV), a highly contagious disease which causes rapid mortalities (above 16°C) by seriously compromising the fish’s immune system and gill function. Spring viraemia of Carp (SVC) is another major carp virus which also causes high death rates through major organ and gill damage. To date, there is no vaccine to treat either KHV or SVC.

What is it & origins

Although first recorded in the Japanese koi (ornamental) carp industry as far back as 1974, Carp Edema Virus (CEV) is one of the most recent carp diseases to impact farmed and wild populations of normal common carp on a global scale. CEV is a type of poxvirus also known as ‘koi sleepy disease’ given the tendency of infected fish to become unusually lethargic. 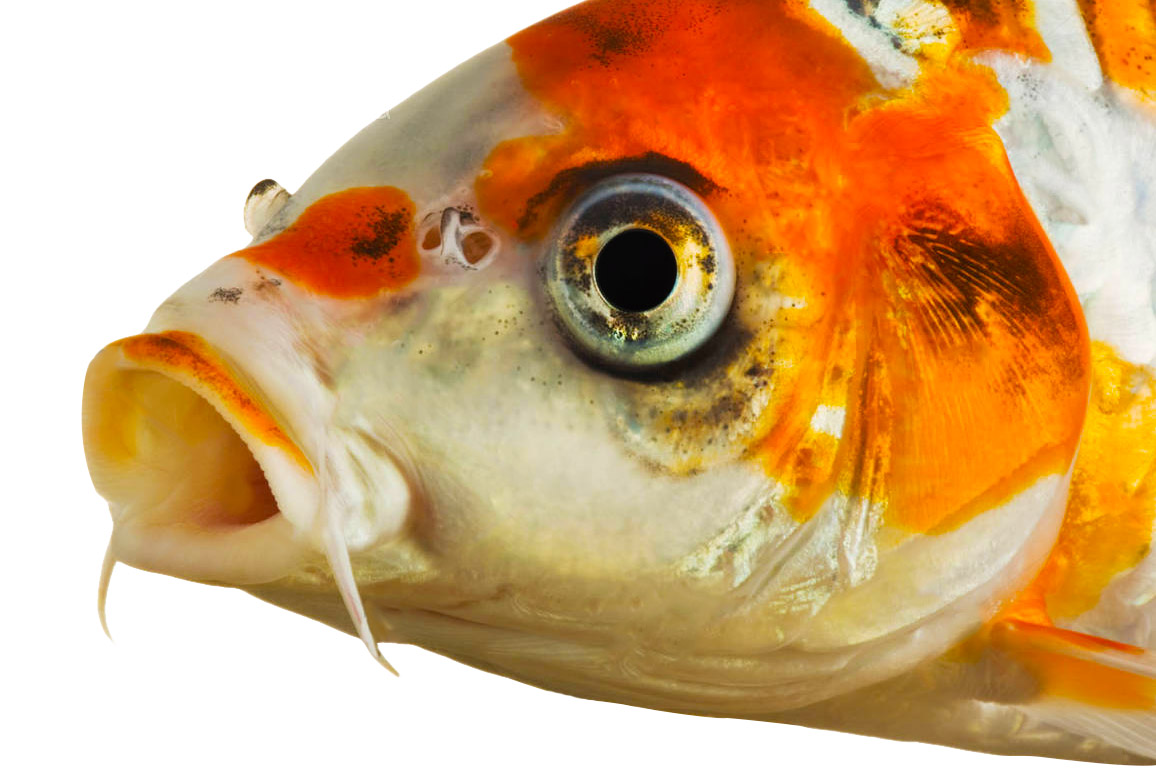 The first outbreak of CEV in Europe was described in 2009 (koi carp in Belgium, via Israel) and has since been confirmed in koi in France, Germany, Netherlands, Austria, Czech Republic, Italy, Ireland and Poland, although the true extent of the virus is still unknown. In the UK, initial reports of the disease were also from ornamental koi. However, in 2012 CEV was detected in recreational English carp fisheries and at much lower water temperatures (6-9°C) than previously seen in koi aquaculture (15-20+°C). Similar cold-water outbreaks have also been observed in Austria. Last spring (2017) saw one of England’s most renowned carp fisheries, Walthamstow Reservoirs in London, suffer a large fish kill (over 600 carp) due to a CEV outbreak. In May of this year (2018), the first outbreak of CEV in a wild Irish population was confirmed in the Lough, Cork City and Belvelly Lake near Cobh (more on this later).

Research using DNA sequencing has identified two major strains or genotypes of the virus; genotype 1 primarily affects common carp, whilst genotype 2 is typically found in populations of koi. Recently (2016) a third virus genotype has been identified in Polish carp and koi farms which has characteristics of both strains. Incidentally, experimental research also shows that CEV genotype 1 can also infect koi and genotype 2 can also transfer to carp.

The most consistent behavioural sign of CEV infection is pronounced lethargy and unresponsiveness, with fish often lying near the surface or on the bottom of the tank or pond for long periods, as if sleeping. In koi aquaculture, the disease occurs between 15 and 25°C, with mortality often reaching 75-100%. Death is quicker (2-3 days) at higher temperatures. In the wild, common carp can contract outbreaks at much lower water temperatures (6-10°C) with the disease more protracted and mortality rates often lower.

Parasitic, fungal, bacterial and other viral infections are frequently reported alongside cases of CEV and are often initially mistaken for the cause of unusual behaviour or mortality. These secondary infections suggest that carp with CEV are immunocompromised (as with Koi Herpes Virus). Other factors such as poor health and condition of the fish, as well as poor water quality largely influence the severity of secondary infections.

Under more normal circumstances, at lower stocking rates and in better water quality, carp mortality from CEV may be relatively low. In fact, there is some evidence to suggest that the well-documented Spring Carp Mortality Syndrome (SCMS) – which affected many English carp fisheries in the 1980s and 1990s by causing high-profile but low-level mortalities – may have actually been caused by CEV. Indeed, CEV-like viral DNA has been extracted from historical samples of fish whose deaths were attributed to SCMS.

Koi breeders have routinely used salt baths (0.5%) to manage CEV symptoms. Whilst salt baths reduce stress levels and slow down the spread of the virus, it does not cure it. As with other notable carp diseases such as KHV and SVC, there is no cure or vaccine available for Carp Edema Virus.

As this is a relatively new disease among wild (non-farmed) populations, there are still many unknowns surrounding Carp Edema Virus. Poxviruses like CEV are most commonly transmitted by direct fish-to-fish contact, via contaminated materials/substances or by arthropod vectors such as fish lice. Water is likely to be the main abiotic (non-living) vector for transmission especially as viruses are likely to be released by detachment from the gills. Bird-eating species such as herons and cormorants may be able to carry the virus to other water bodies but again this is unclear at the present time.

The transfer of the virus from infected carp to other naïve (uninfected) carp is also poorly understood at present. Experimental studies have confirmed that transmission can occur within 6 hours (koi to common carp) and clinical signs of infection can be visible within 3-7 days. Mortalities are recorded as occurring within as little as five days. More recently, a German study demonstrated that certain common carp strains appear to have greater natural resistance to CEV than others, with some not contracting the infection at all.

Latency (the amount of time a virus can lay dormant in a host) has not been well described to date in poxviruses in general and there is some indication that carp surviving CEV outbreaks may cease to act as carriers after a certain period. In one particular study (Adamek et al., 2017  ) CEV-surviving carp did not develop persistent sub-clinical infections and did not pass on the virus to uninfected carp during subsequent testing. On the contrary, another experiment to assess the transmission of the virus following a CEV outbreak found that all new carp stocked one year later alongside CEV-survivors died. Transmission and pathogenicity of CEV may depend largely on the stress levels and health of the individual fish/population, as well as their genetics. Clearly more study is needed.

As with all fish diseases, stress, nutrition and water quality play major roles in the probability and severity of an outbreak. The possibility of transmission is greatly increased in over-crowded environments with high abundances of fish and the likelihood of mass mortalities is also greatly increased in such situations. High stocking rates also usually mean that fish will be more stressed and have naturally lowered immune system responses, which greatly increases not only the chance of infection but also death from the virus. Adamek et al. (2016) suggested possible stress-related reactivation of a persistent CEV infection. If a disease outbreak is suspected, then immediate removal of fish showing disease signs will minimise disease transmission in the population although, as stated above, initial diagnosis of CEV may be difficult or incorrect due to secondary infections. Given that the virus can also likely be waterborne, removal of infected fish is likely to slow down transmission rather than prevent it.

A further knowledge gap concerns persistence of the virus in the aquatic environment, risk of recurrence of infection and the possible trigger events that promote disease outbreaks. Without sensitive and reliable diagnostic methods to detect subclinical carrier fish, absence of the disease cannot be routinely determined and therefore CEV-free areas cannot be easily documented. When virus-free areas and batches of fish cannot be identified to a high degree of certainty, legislation is of little use to control and prevent incursion of a viral disease. As such, CEV is currently not a notifiable disease under the EU Fish Health Directive, although the highly specific and sensitive quantitative PCR protocol developed to improve CEV detection in koi by Adamek et al. (2016)  may change this listing status in the future.

In May 2018, Carp Edema Virus was confirmed in samples of moribund (dying) carp from both the Lough, Cork City and Belvelly Lake, Cobh, two of Ireland’s premier recreational carp fisheries. This was the first reported case of CEV in the wild in Ireland. At the time of publication, these outbreaks have caused mass carp mortalities resulting in a near total wipeout of stocks in both waters  . The death of 850+ and 200+ carp in both waters, respectively, occurred within a two week period (from first clinical signs to death). As is characteristic for CEV, no other fish species in either lake have been affected.

DNA sequencing by the Fish Health Unit of the Marine Institute confirmed that these outbreaks were caused by genotype 1 of the virus (the so-called ‘carp strain’), which is typically associated with common carp (not koi) populations. The exact origin or vector for the virus to enter either lake is unknown. Both lakes remain closed (at time of publication, late May) to all angling and water-based activities as a precautionary measure to prevent viral spread to other water bodies. To date, no other CEV outbreaks have been confirmed or suspected in any other Irish fishery.

It is worth noting that both infected waters were very highly stocked with carp prior to the outbreak (both >150 adult carp per hectare), providing optimal conditions for a viral outbreak, i.e. high fish-to-fish contact rates, elevated stress levels through competition for food and angling pressure, likely lowered immune systems etc. Poor water quality is also thought to have played a large role in the severity of the CEV outbreak in the Lough, Cork City, in particular. Outbreaks in both waters also featured secondary infections from ectoparasites (Trichodina species) and fungal growths.

As CEV continues to spread across Europe and the globe, this is probably not the last time you will hear of it. The irreversible damage it can do to a fishery or farm in a very short space of time is alarming. Other than carefully managing stock and stress levels, what can be done to prevent this virus? Biosecurity is key, given that CEV spreads by fish-to-fish contact, through water and also via contaminated materials such as nets and weigh slings. All anglers, and water users in general, need to be responsible and remain vigilant. Any wet gear must be cleaned (disinfected) with hot water and then (most importantly) thoroughly dried in sunshine to remove all moisture and traces of a possible virus contamination. To prevent this or a similar type of outbreak happening again, all water users must do this both before and after every single trip to the water.