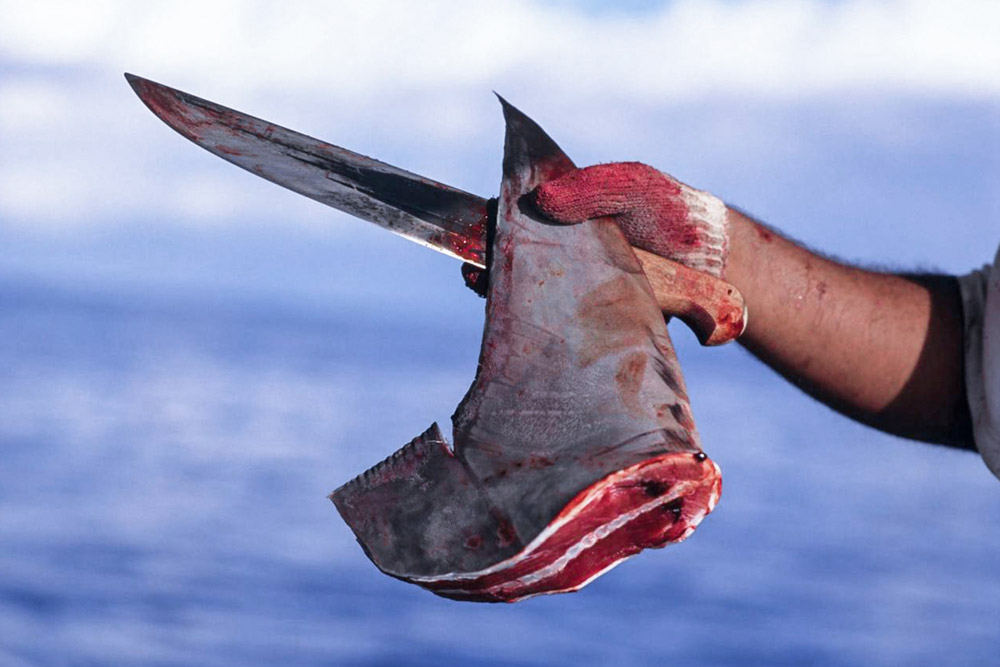 A Spanish vessel fishing in Irish waters has been found guilty of having over one tonne of shark fins on board.

Following an onboard inspection last Thursday, 30th August, the Virxen da Blanca was detained by the Irish Naval Service after infringements were detected in relation to removal of shark fins. This practice is banned in the EU and contravenes EU Regulation 1185/2003 (as amended by 605/2013). The boat was boarded some 200km south of Mizen Head and was subsequently escorted to Castletownbere where it was handed over the following day to the Garda Síochána, who were assisted by the Sea Fisheries Protection Authority (SFPA).

A special sitting of Clonakilty District Court on Saturday 1st September heard the vessel had a total of 164,250kg of blue shark, 98kg of mako shark and 1,250kg of shark fins on board. In terms of blues, that’s an estimated 5000+ individual fish – one one boat. Although these shark species can (incredibly) be legally landed on a commercial basis, removing fins at sea is strictly forbidden. A substantial and highly lucrative market for shark fins exists in parts of Asia, where they are used to make shark fin soup. However, finning often involves the removal of fins whilst the shark is still alive, with the mutilated body discarded overboard. Normal swimming, feeding and behaviour is impossible for a shark in this state and the fish quickly dies from suffocation (most sharks need to swim constantly to respire, see our article here).

“A special sitting of Clonakilty District Court on Saturday 1st September heard the vessel had a total of 164,250kg of blue shark, 98kg of mako shark and 1,250kg of shark fins on board”

The vessel is one of a fleet using longlines to legally catch shark off the southwest coast of Ireland (not all boats are Spanish) and the case has once again highlighted the gross mismanagement of our seas, with many conservationists once again calling for immediate, stricter (or indeed any) protection for sharks. Sharks such as blues and mako are apex predators, sitting atop of their food chains, and as such play a critical role in balancing and regulating marine ecosystems.

This recent incident in Irish waters is symbolic of a much larger, very serious global problem, one where over 100 million sharks are thought to be killed annually through commercial and recreational fishing activities. Some 70-75% of these fish are used in the shark fin trade. Clearly, this is absolutely not sustainable at any level and the situation must change before irreversible damage, like species extinction, occurs.