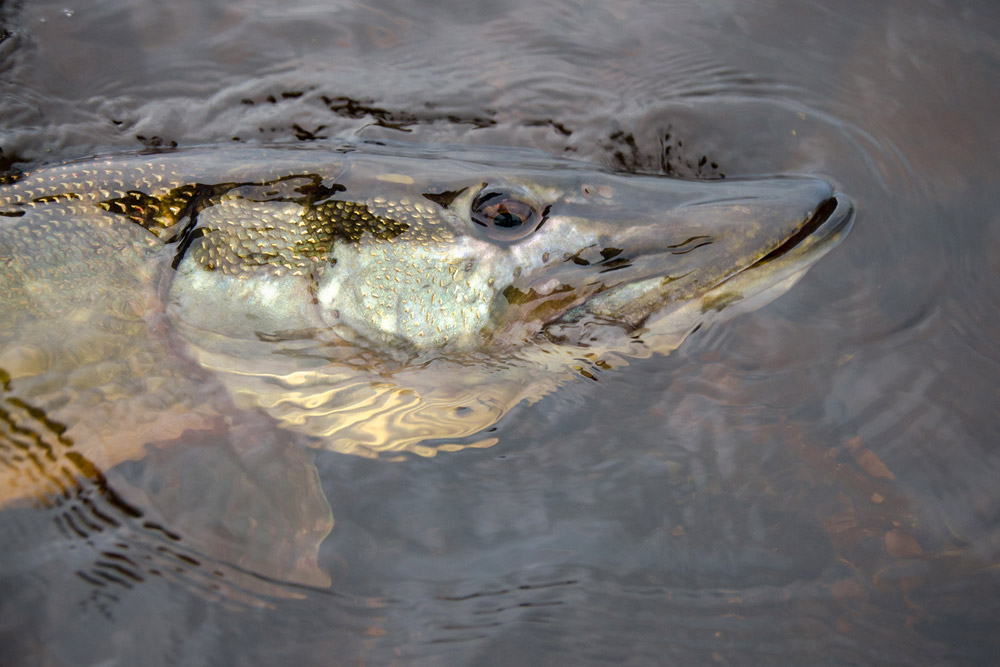 Countless thousands of Irish and international anglers are outraged and shocked as the Designated Salmonid Waters Bye-law was yesterday, October 25th, signed by Richard Bruton, TD, the new Minister for Communications, Climate Action and Environment alongside Seán Canney, TD, the new Minister of State for Rural Affairs and Natural Resources with responsibility for fisheries.

Whilst the new legislation, already being dubbed the ‘anti-pike bye-law’, purports to offer additional protection to wild brown trout stocks through welcomed improved biosecurity measures and the prohibition of non-native species introductions, the grim reality is that the legislation primarily allows for the continued persecution and increased culling of pike (Esox lucius) on the seven designated wild brown trout waters, namely Loughs Corrib, Mask, Conn, Cullin, Carra, Arrow and Sheelin – water bodies which account for some 26% of the total surface area of freshwater lakes in Ireland.

Until this new legislation came into effect, specimen pike (fish over 30lbs in weight) in all Irish waters were protected and catch and release was mandatory, with an angler legally allowed to take only one pike per day under a 50cm length limit. The new Designated Salmonid Waters Bye-law will now allow an angler to kill up to FOUR pike per day of ANY size on the seven designated wild brown trout lakes. The key role of pike, an apex predator, in freshwater habitats is universally understood and accepted in modern times and the ecological damage that could result from this indiscriminate pike ‘bag limit’ is far reaching. This includes impacts to wild trout stocks through increased pike numbers resulting from the culling of larger pike, a phenomenon consistently observed when larger predators are removed from a population.

The bye-law was initially drafted by Seán Kyne, TD, who previously had responsibility for inland fisheries but has recently taken up a new role as Government Chief Whip and Minister with Responsibility for the Gaeltacht. The new bye-law completely and conveniently ignores not only the latest genetic evidence that pike are in fact native to Irish waters (Pedreschi et al., 2014) but also the recent pike diet research by Inland Fisheries Ireland (IFI) which concluded that pike do not preferentially feed on brown trout in Irish lakes, as had been vehemently maintained by pro-pike culling advocates.

Unbelievably, not only has the new bye-law been enacted without the advice or any consultation with the statutory body (IFI), but it was written in advance of both the pike diet study (IFI, 2018) and the results of a two-year long review process by all stakeholders, the recommendations of which are due shortly.

Given the above and the fact that pike angling is worth over €100m to the Irish economy annually (NSAD, 2015  ), there is no justifiable scientific nor economic rationale for the drafting of this new bye-law, nor was there any attempt to provide it at any stage.

There is no doubt that wild Irish brown trout require better protection, as water quality continues to decline nationwide and anthropogenic (man-made) impacts worsen. The immense value, both recreational and economically, of the seven designated wild brown trout waters cannot be understated. However, the total failure, or perhaps unwillingness, of both Minister Kyne and now Ministers Bruton and Canney, to acknowledge and accept the latest scientific evidence in relation to the fisheries management of the seven designated wild brown trout lakes is inconceivable and raises serious questions regarding the motivation behind this new legislation.

The Irish Pike Society (IPS), who condemn the signing of the new bye-law (here)  on both scientific and economic grounds, are set to challenge the new bye-law in the High Court in due course as well as organise mass protests against the decision.