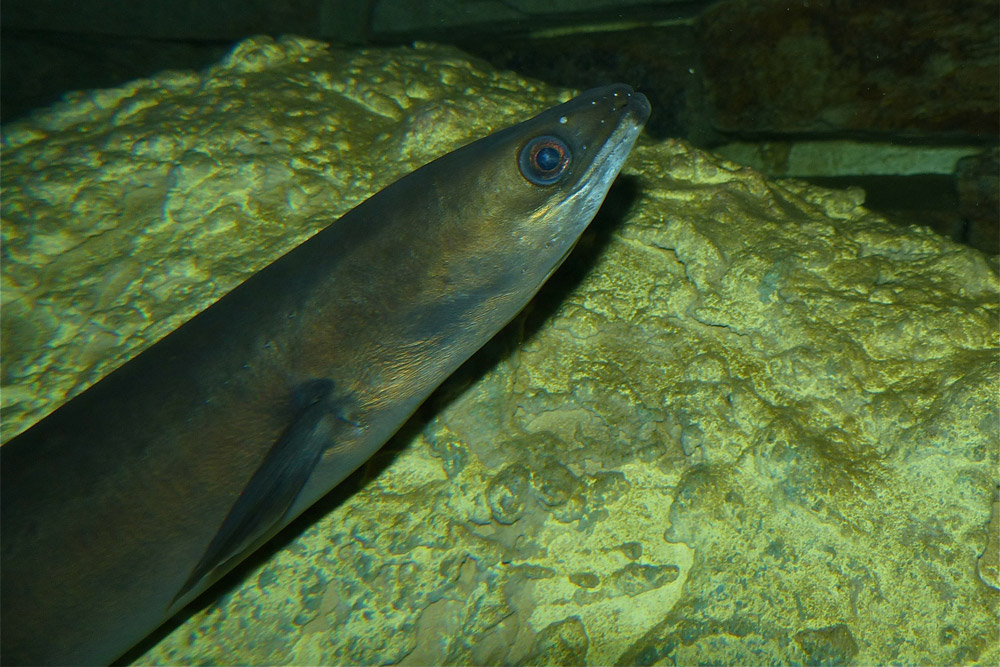 A new study has revealed that European eels (Anguilla anguilla) exposed to low levels of cocaine become hyperactive and suffer muscle and gill damage, potentially affecting their migration as a result.

The study (read here), carried out at the University of Naples Federico II in Italy, tested mature, silver eels in tanks for 50 days, exposing them to low levels of cocaine (20 nanograms per litre), as found in many European rivers. Eels became hyperactive and swam faster. Once killed and dissected afterwards, the researchers found that their skeletal muscle, which powers their swimming, was damaged. The muscles were swollen and some of the muscle fibres were broken. This damage was still there even if the eels had been allowed to recover in cocaine-free water for up to 10 days. A second study by the research team also found that low-level cocaine exposure caused damage to gill function which, although not life threatening, raises even greater fears about the survival of European eels.

Many drugs and narcotics, including cocaine, are increasingly finding their way into rivers and drinking water supplies, with even low levels impacting both human and wildlife health as a result. For example, research has found that endocrine disrupting chemicals (EDCs) found in birth control pills, which mimic or block naturally produced hormones, make their way through water treatment systems and impact the growth, behaviour and overall fitness of numerous fish species, including three-spined stickleback. Such chemicals, which also come from pesticides, paints and cosmetic products, have also been found to promote sex changes (males becoming females) in a variety of fish such as roach (Rutilus rutilus) and brown trout (Salmo trutta) in Ireland have been found to suffer similar reproductive issues. Similar impacts to a whole host of other aquatic life such as insects and molluscs have also been found.

Cocaine, however, has been found to impact the skeletal muscle and gill health of eels, which raises serious concerns about their migration ability. European eels are critically endangered due to severe declines (possibly up to 99%) throughout their range in recent decades. European eels have a remarkable life history; they are born in the Sargasso Sea near the Bahamas before drifting across the North Atlantic to Europe and northern Africa on ocean currents as tiny larvae (leptocephali). It may take several years before they reach our shores (as glass eels) and then begin swimming up our river systems (elvers), where they grow (yellow eels) and mature before migrating (as silver eels) the 6000-10,000km back to the Sargasso to spawn and ultimately die.

Lead author for both studies, Anna Copaldo, noted that to get rid of cocaine in surface waters, we would need to improve the efficiency of sewage treatment plants, possibly develop a system of water purification and stop taking the drug but acknowledged that “this is not realistic”.

In addition to commercial overfishing, habitat loss, migration barriers such as dams, climate change and shifting ocean currents, the survival of European eels may now be further compromised by what medicines and drugs we take, and what we flush down the toilet.