Irish Water (IW) are pushing ahead with plans to divert water from the River Shannon to Dublin and the midlands, with the pipeline estimated to cost €1.3b. The scheme is promised to supply 40% of Ireland’s growing population with water from 2015 onwards and will see 300 million litres of water abstracted daily from the Parteen basin in north Tipperary and pumped up to 170km away.

Many opposing the scheme are demanding to know why the aging, leaking – often Victorian – Dublin water pipe network is not being targeted for upgrades ahead of any such proposed scheme. Irish Water insists “demand cannot be met by fixing leaks alone”. Ireland’s leakage is high compared to other EU countries due to a combination of factors, including the age and condition of pipes, poor performance of certain pipe materials, soil conditions, length of the network and “lack of investment in water infrastructure over the past 150 years”. In the Greater Dublin Water supply area, 207 million litres of water are lost daily, over 2.5 times the daily use of Cork City.

Whilst there are obvious benefits to a secure water supply for so many people, as well as an opportunity for a greenway to be built alongside the pipeline, many conservationists and stakeholders fear that abstracting such large volumes from the Shannon will cause far more issues than it solves, especially in terms of large-scale environmental impacts due to lowering of water levels and changes to flow regimes. 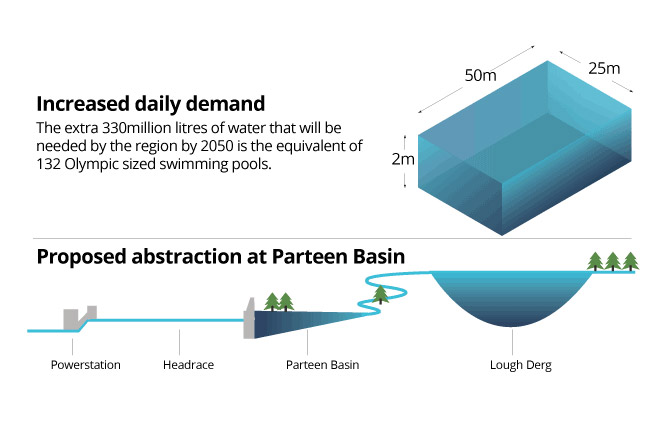