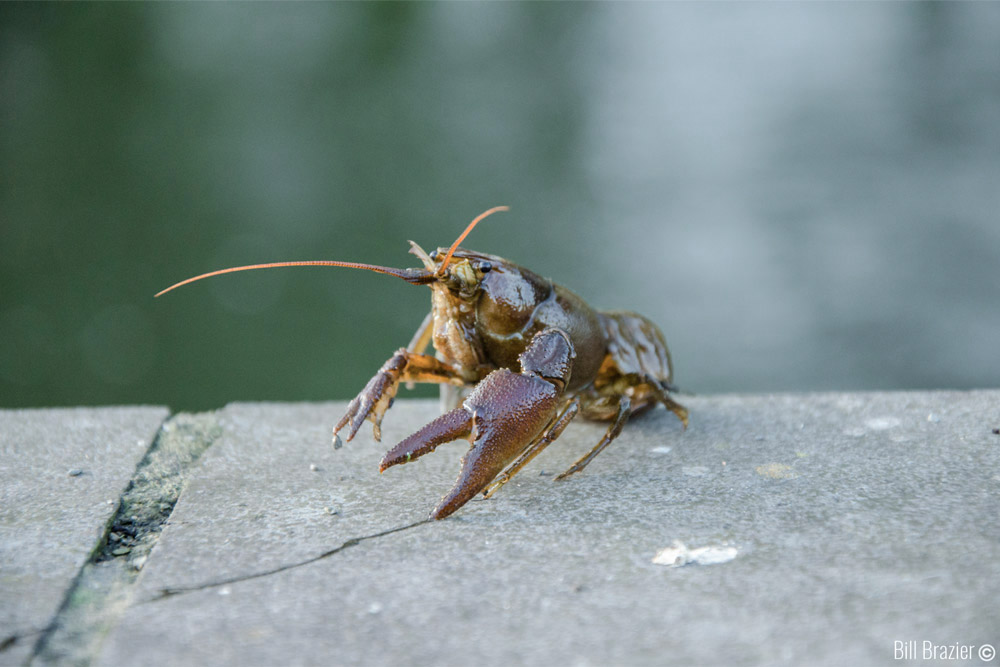 *NOTE: subsequent testing (27th June 2018) has confirmed the cause of deaths at Lough Owel are not due to crayfish plague. We await further results to clarify the exact cause.

Large numbers of native white-clawed crayfish (Austropotamobius pallipes) have died in recent days at Lough Owel, near Mullingar, Co. Westmeath. Although the cause is as yet unknown, it is feared that the die-off of thousands of individuals is due to an outbreak of crayfish plague. Following reports to the National Parks & Wildlife Service (NPWS), samples have been collected and sent for disease screening at the Marine Institute in Galway. White-clawed crayfish, which are native to Irish waters, have suffered widespread declines through their European range in recent decades and are offered strict legal protection as an Annex II species under the EU Habitats Direction as a result. The species is also afforded protection under the Irish Wildlife Act (1976, amended 2000). Ireland represents one of the last remaining strongholds for the species, with Lough Owel a particularly important site. Indeed, Lough Owel is a Special Area of Conservation (SAC) for, among others, white-clawed crayfish. Crayfish are considered a vital part of a healthy ecosystem where they live, recycling organic matter and nutrients as well as providing a rich food source for a whole host of animals, including fish. Crayfish plague (Aphanomyces astaci) is a highly infectious fungus which causes 100% mortality in white-clawed crayfish. The fungus attaches to thin areas of cuticle (outer shell) as a spore and then grows through the tissues, leading to death in around two to three weeks. The swimming spores then transmit directly from the infected or recently dead crayfish to other areas. Spores are easily spread accidentally by anglers and other water users (e.g. canoes, kayaks, boats) through wet gear. The fungus also affects the normal vision of the crayfish and so it may be seen crawling around in broad daylight where it usually wouldn’t. Crayfish plague originated in North American crayfish and it is their introduction to Europe which has caused many white-clawed populations to decline. To date no non-native crayfish have been discovered in Irish waters.

Ireland was considered free from crayfish plague until 2015, when an isolated case was identified in County Cavan. Last year (2017) large-scale outbreaks occured on the rivers Suir, Barrow, Limerick Deel and Lorrha (Tipperary). Regulatory authorities were heavily criticised for not doing more to prevent further spread of this deadly virus, with waterside signage and voluntary bans on water sports and angling at infected sites the only measures implemented. Public awareness campaigns on the issue were deemed relatively ineffective by many stakeholders. The Owel outbreak (whether crayfish plague or not) is yet another reminder of how fragile our aquatic ecosystems are and that all anglers and water users need to be extra vigilant in the cleaning (hot water), disinfecting and drying of their wet gear/equipment before moving between water bodies. If you observe any peculiar crayfish behaviour then please contact the NPWS, Waterways Ireland or Inland Fisheries Ireland immediately.